Saw the Eagles in concert 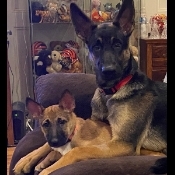